Members of task force include the Arts Council, Lord Mayors of Dublin and Cork, government departments and the campaigning organisation Give us the Night.

The new Minister for Arts Catherine Martin has announced the establishment of a task force to develop Ireland’s night-time culture and economy across cities, towns and rural areas of the country. The initiative was promised in the programme for government which was published in June.

The Arts Council will be a member of the task force, as will the Lord Mayors of Dublin and Cork, the Chair of Local Authority Arts Officers, Fáilte Ireland, a number of Government departments, and Sunil Sharpe of Give us the Night – the organisation which campaigns for change in Ireland’s nightlife economy, particularly regarding music venues.

The terms of reference for the task force specify that it should define a vision for a vibrant night-time culture and economy across the country, conduct detailed venue mapping with local authorities and culture sector partners, and deal with issues such as transport, public order and the diversity of cultural programming.

Commenting on the announcement, Martin said:

The establishment of a Night-Time Economy Taskforce is a key commitment in the Programme for Government and I am delighted that my Department will be leading and driving this initiative.  The importance of working collaboratively with all relevant partners including key Government Departments and Agencies cannot be overstated. I want creative thinking and innovative solutions to the challenges facing the night-time economy and I want every opportunity explored and maximised.

In May, Give us the Night published a nine-point plan for night-time culture in Ireland, which included the establishment of such a task force.

The taskforce will be chaired by a representative from the Department of Media, Tourism, Arts, Culture, Sport and the Gaeltacht and will meet in the coming weeks. A report with policy recommendations will be delivered to the Minister within six months of the first meeting. A Guide to the New Covid-19 Measures for Music and the Arts
Guidelines for arts events are divided into indoor and outdoor events; measures also cover cultural institutions, clubs, bars, cafes and nightclubs. 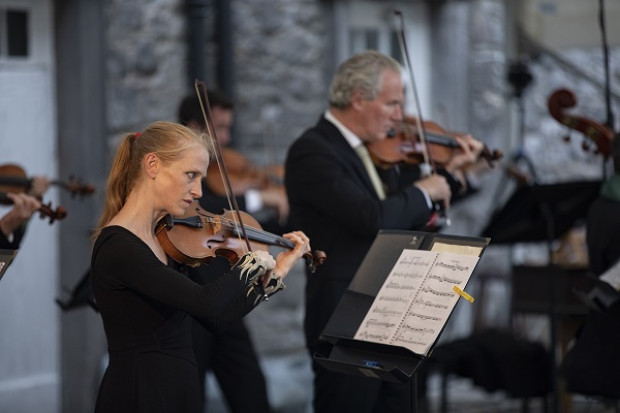 How Can the Arts Plan in This Uncertainty?
Shannon McNamee
The new Covid restrictions regarding indoor and outdoor gatherings have caused even more disruption in music and the arts, just as we thought things might be improving. Is it possible to have confidence about organising an event in this environment, and if not, what needs to be done, asks Shannon McNamee.