TG4 recently broadcast 'Mná na bPíob', a documentary in which musician Louise Mulcahy explores the lives of female uilleann pipers from the past. Adrian Scahill reviews.

One of the more notable features of the Irish traditional music mediascape over the past few decades has been the steady output of high-quality films and television documentaries on aspects of the tradition. The role of TG4 as a primary medium for traditional music has undoubtedly played a large role in this. Since the pandemic, the form has arguably become even more charged and meaningful for the traditional music community, given the limited opportunities many have had for live music during this time. Perhaps reflecting this, TG4 drew particular attention to music’s centrality in its Christmas schedule through trailing a group of new programmes together as ‘Ceol na Nollag’.

Among these was the new documentary film Mná na bPíob (TG4, 19 December), which is presented by Limerick uilleann piper Louise Mulcahy, and is based on her extensive research into the history of women uilleann pipers. As many contributors to the programme note, the uilleann pipes has, since its development in the eighteenth century, been an instrument that has been predominantly played by men. Mulcahy’s main aim in the film is to draw attention to the stories of a number of overlooked and neglected women uilleann pipers from the nineteenth century to the present, including Anna Barry, Margaret Murphy and May McCarthy. The film also documents how this has changed swiftly over the last few decades, and showcases many current women pipers in short performances that are slotted in throughout the documentary.

It opens with some brief vignettes of earlier pipers, including some historical re-enactments of scenes from their lives, a feature that recurs throughout the programme. Actors (and pipers) illustrate imagined scenes, some of which worked well­ – David Power appears as the blind piper who taught Murphy – and some that seemed less realistic. One of these was maybe the weakest part of the film, as the story and dramatisation of the nineteenth-century piper Kitty Hanley was somewhat confusing. Was she a widow who played the pipes out of necessity, as Francis O’Neill averred in Irish Minstrels and Musicians, or a ‘great drunkard’ who stole a set of pipes from her husband – a blind piper named Hanly – deserting him and her children (as stated in the Cork Examiner, 17 August 1882)? In fairness, musicians from this period are very difficult to research, and much credit has to go to Mulcahy and her collaborators for even locating this article.

That they did – and included the reference so that it could be located by others (including myself) – points to the quality of the research underpinning the film. It also signals this by showing Mulcahy’s journey beginning in the Irish Traditional Music Archive, where its director Liam O’Connor sketches out the state of uilleann piping in the nineteenth century. And it makes excellent use of newspapers, diaries, photographs and books in a way that brings the viewer into direct contact with archives and archivists themselves. Drawing on the style of popular documentary series such as Who Do You Think You Are?, Mná na bPíob is as much a representation of Mulcahy’s research as it is a study of women uilleann pipers, and in its finest moments captures some of the excitement and sense of discovery which can make historical research so rewarding. This was perhaps best captured in the wonderful scene where Mulcahy got to see and play McCarthy’s set of pipes; it was revealing how the act of playing this instrument, and the creation of this almost physical connection to McCarthy’s music, evoked such a strong emotional response. As she herself says to fellow piper Mary Mitchell Ingoldsby, she ‘really gets the sense that McCarthy is here with us’.

Unfamiliar figures
Emotion is also often a key aspect of much traditional music programming, engendering nostalgia (often imagined) for the past, and allowing us to relive key moments in the music’s history. What distinguishes Mná na bPíob from many other traditional documentaries is that it brings mostly unfamiliar figures to light, like Netta Jane Johnson and Betty Nevin. Rather than re-mythologising the familiar and the celebrated, Mulcahy succeeds here in sketching out the narratives of more peripheral and neglected musicians, and enriching our perspective of the tradition.

The film highlights the crucial impact the Gaelic Revival had on piping, as a significant cluster of women uilleann pipers including Barry and McCarthy emerged through the classes established by the Cork Pipers’ Club. Similarly, the Antrim piper Johnston was inspired by hearing Richard O’Mealy at the Feis of the Glens, travelled to him for lessons, and played at feiseanna herself subsequently. Unfortunately, none of the pipers of the earlier period seem to have been recorded, and it is striking to learn that it wasn’t until the 1970s that a female piper (Máire Ní Ghráda) was featured on a commercial recording. There are also fascinating interviews with other living women pipers about their background and experiences, including Ní Ghráda and Nevin, a less well-known figure. She learnt pipes from Leo Rowsome, and is interviewed alongside Paddy Moloney, who was in the same class, and the two reminisce about their early experiences as pipers. Mulcahy builds on this to illustrate how the establishment of more classes from the 1960s onwards, as well as initiatives by Na Píobairí Uilleann, has led to a great increase in the number of young female pipers.

The film ends on a hopeful note, as Ní Ghráda says, ‘Is maith an rud é gur féidir anois an scéal fada sin a insint, agus an t-athrú atá tagtha ar chúrsaí agus an méid atá baint amach a cheiliúradh chomh maith’ (‘It’s great to be able to tell the full story, and how things have changed, and also to celebrate how much has been achieved’). There is some caution in this optimism too: the comments of Gay McKeon note that this work is ongoing, and hint at other obstacles to the music that Na Píobairí Uilleann are endeavouring to help overcome (not least of which are the financial barriers to participation). Nevertheless, Mulcahy has made a significant contribution to enacting this change through Mná na bPíob, which should further erode these barriers through bringing these fascinating and pioneering women to a wider audience. 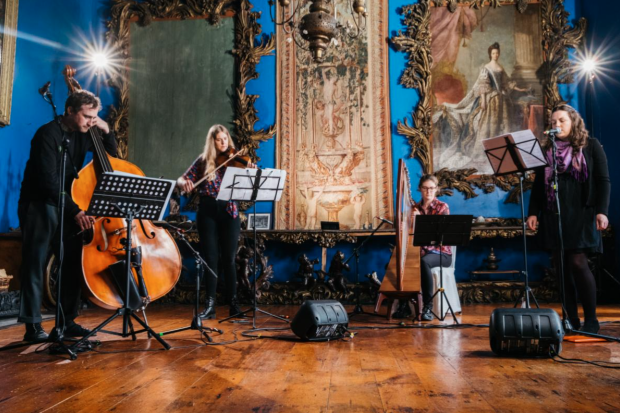 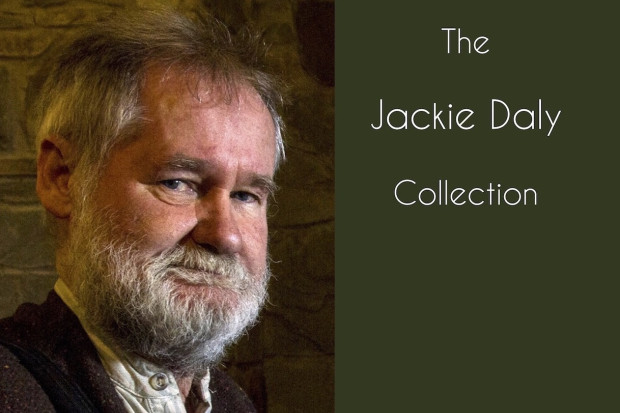 Jackie Daly Publishes Collection of Over Two Hundred Tunes
The Journal Of Music
'The Jackie Daly Collection', edited by Matt Cranitch, contains well-known tunes such as 'The Fly Fishing Reel' and 'The Trip to Tuam' as well as many unrecorded compositions. 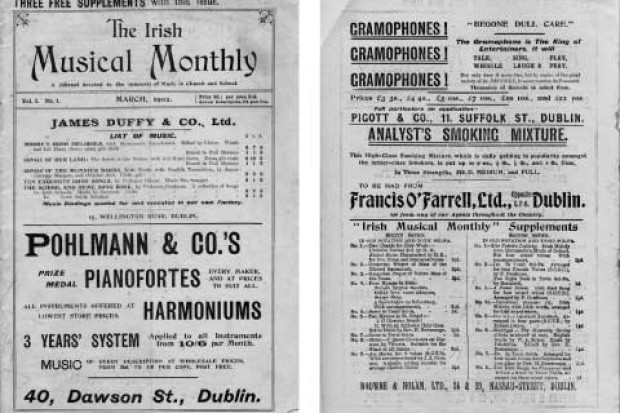 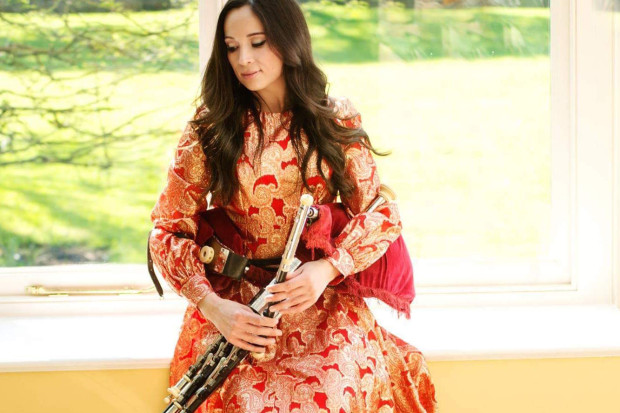 ‘Over the last 15 years, the numbers have really increased’: Telling the Story of Women Uilleann Pipers
This February at the Imbolc festival in Derry, Louise Mulcahy will give a talk on the rarely heard history of women uilleann pipers. She speaks to The Journal of Music about her continuing journey of discovering new material.
Jan 17, 2019 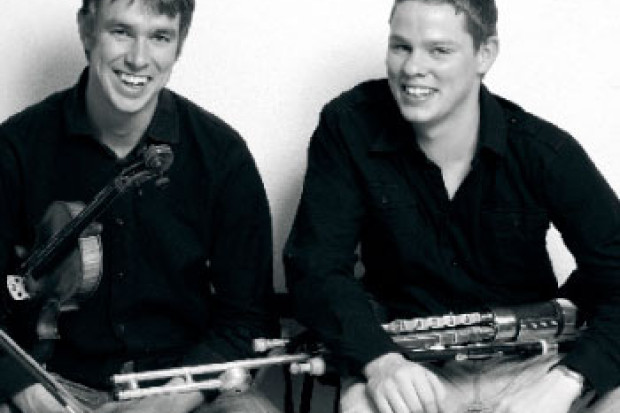