The Dutch violinist Diamanda La Berge Dramm has had a busy couple of years. She has recently been appointed as Crash Ensemble’s Artist in Residence, and more recently still released a new album, Chimp. This is Dramm’s third release, after the EP-length Beastings of her own music and last year’s Inside Out, an album of Bach and Cage. As on Beastings, her lyrics are drawn from work by the English poet and serial collaborator Steven J. Fowler.

Dramm classes her style as avant pop. This is music that can feel simple until you start to look at it. The opening track, ‘born’, seems poised to set up a basic four-chord loop on Moog, but instead continues drifting upwards, reaching a gentle peak with Dramm’s voice singing ‘time to time’ before it’s filled out with a broad bass note.

Dramm sings in a clear, straightforward style, unfussy and high, and in combination with her playing the violin and Moog, the album feels effortless and drifting, although with the lyrics this combination has the potential to hit hard. It’s not unlike listening to Joanna Newsom, both lyrics and music inviting you to explore more deeply. The second track, ‘horse around’, has lyrics that protest too much, reminding you at every turn that it’s about a horse and not something else (‘You used to think she, your horse, was half alright’). To me it reads as a meditation on fear of commitment, but there’s scope for a variety of other interpretations.

The album is structured in an adventurous way that, to the best of my memory, I haven’t experienced before. The third and ninth tracks, ‘voices’ and ‘more voices’ are a Laurie Anderson-esque narration that rises to a gentle crowded hum. They act as a portal into and out from the middle section of the album, a sequence of five songs that function almost as a nested EP. According to Dramm, the seed of the idea was a doctor’s waiting room. ‘There is a TV in the corner showing a National Geographic episode about monkeys. During the middle section, we go inside the TV and hang out with them.’ There’s a self-contained flow to this central selection, as the songs bring us to a psychedelic space of metaphor and liminal connection.

Of these, it’s probably the first, ‘jungle’, that exemplifies Dramm’s compositional approach. A gentle tropical rainfall begins, with bird or insect calls and distant thunder, before a couple of repeated chords on Moog drift in and away. But the jungle ambience is an illusion, an aural painting. All the sounds – rain, thunder, birds, insects – are made from recordings of violin noises manipulated by Dramm and engineer Iwen Legro. It’s a convincing enough soundscape that you may not even register its artificiality without reading the liner notes. But then again, this is music for people who read the liner notes.

Like a memory
The jungle sounds persist through the tracks in the nested middle section, as background elements to the songs. ‘Chimp is who’ comes closest on the album to a rock song, with distortion on the violin, an angular melody with the odd assertive microtonal drop, and a strong sense of forward momentum. The lyrics, though oblique, summon to mind images of flamboyant outfits in early club culture and Pride movements, crossed provocatively with suggestions of religious worship: ‘Cry, Mary, mother of glitter / A bad dance / History / You know this already’. ‘Gorilla, CEO’ has a similar drive, with a bass drum-like pulse that loses half a beat towards the end while the lyrics fade to nothing and the music becomes darker and more intense. By now the jungle feels like a memory, drowned by modernity, but ‘Bonobo’s on time’ brings us back over more of Dramm’s gentle repeated chords. And ‘Orangut, the Orangutan’ is almost dangerously soporific, practically a lullaby complete with nostalgic fiddle heard as though on an old record. The sound masks urgent (if again oblique) lyrics: ‘numb hands the size of hope / monkey screams it’s not real / but I saw you, red premonition’.

The last two tracks bleed into one another, like waking from a dream, returning to the material from the beginning of the album now transformed. The album closes with a sense of epiphany. The animals on it are, as often as not, metaphorical animals, reflections of people. When the music returns to the waiting room, it’s spent time away with them, and is changed as a result. The words and music from the opening track, ‘born too late to explore the world, born too early to explore the universe’ – return, but less entitled, more reflective. The music now is more contented and peaceful, the opening chords now played on violin as the melody is taken on Moog. We’re still in the waiting room, but not really waiting. Just being.

Chimp by Diamanda La Berge Dramm is released on the Diatribe label. To purchase the album, visit https://diatriberecords.bandcamp.com/album/chimp. 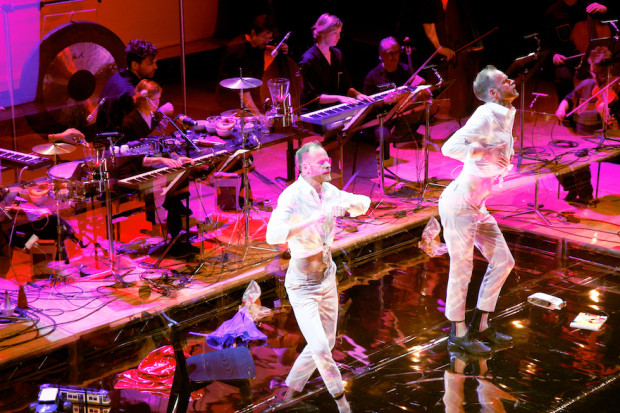 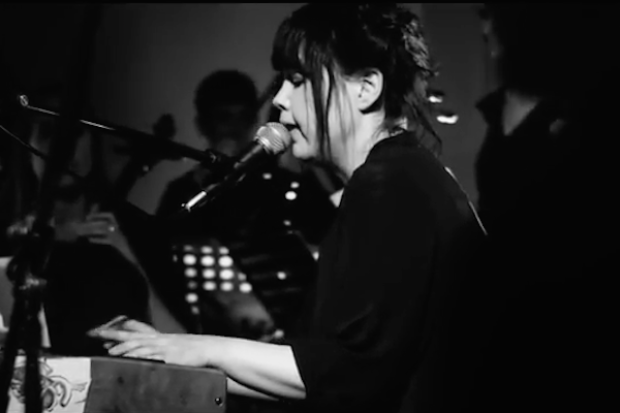 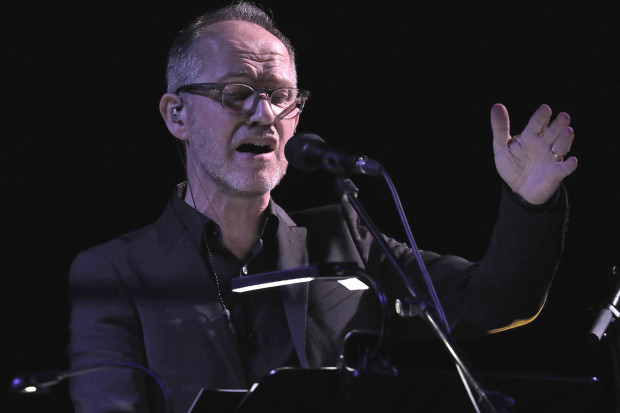