Out of Step: Depth of Field (and post show chat)

The fusion of film and music has been a rich playground for many artists. In this selection of short and medium format films, we present four stories for which music is the central character. Visiting rural Sligo roadsides, Kingston’s dancehall boroughs, the ghost city of Pripyat, and a psychic vision of two emigre’s journey we uncover the myriad meanings music can have on the psyche.

Aireannach is the traditional Irish custom of “Night visiting”, whereby music and storytelling would be shared on the roadside in a village or at an individual's house, this tradition is reimagined across two films Midnight Ramblers’ and Lumberings of Lugnasa.

In Pripyat Piano, through only sounds, music, poems and songs a memory of the abandoned and radioactive town of Pripyat is glimpsed.

Completing the programme will be the first in-person presentation of Two Miles of Earth for a Marking Stone, a concert film of the four-part harmony group Landless. Live footage is interspersed with experimental video vignettes filmed across Sligo and Leitrim.

Following the screening, there will be an opportunity to meet some of the filmmakers and have an informal chat about the films.

Told across two films, Aireannach combines the traditional idea of night rambling with modern wanderlust backed by the dulcet tones of Joe O'Grady who has dedicated his life mastering the South Sligo style of fiddle playing. Plotting a journey across South Sligo through day and night, Aireannach chronicles stories from ancient history to the supernatural written and narrated by Margaret Kilcoyne. The project was funded by Creative Ireland and Sligo County Council with special thanks to Sligo Folk Park and Sarai Humble.

Due to high radiation levels in the former city of Pripyat, abandoned pianos became the only surviving inhabitants maintaining their sounds amongst the surroundings of collapsed and crumbled walls.

The Chernobyl tragedy heavily settled in local people's minds, who were forced to leave their homes. To be able to overcome it - they produced their own songs, poems and lyrics, dealing with the case. Now they are coming back to Pripyat to sing and play them again.

By looking at overgrown objects in Pripyat, and listening to the sounds of nature and radioactive pianos, they could witness the tremendous power of nature to be able not only to conquer, but also to adapt.

Despite the idiosyncratic drum-machine beats, the recognizable electronic sounds and the patois lyrics, dancehall isn’t a unified musical genre but refers to the kind of music played at Jamaican night clubs – dance halls – in general. Born out of reggae and ragga music, dancehall is tied closely to the modern cultural identity of Jamaica.

The remarkably expressive choreographies seen in Bengolea’s film are testimony to a culture where dancing is not relegated to nightclubs but is celebrated in the streets. In this intimate portrait, filmed between 2014 and 2019 in Kingston, Spanish Town, and Bog Walk, Jamaica, Bengolea explores the Caribbean island’s art community, whose output revolves around physical expression and movement. Portraits of the dancers, including of the renowned Jamaican dancer Shelly Belly, are spliced between the dance-performance sections.

Cecilia Bengolea (born 1979 in Buenos Aires) is a multidisciplinary artist whose practice merges video, choreography, and sculpture, drawing on various styles of dancing, from street and archaic ritual dances to contemporary choreography. She has made her investigations into dancehall culture a major focus in her recent work.

Two Miles Of Earth For A Marking Stone is a concert of traditional songs by the Irish four-part harmony group Landless, with an experimental video accompaniment produced for International Women’s Day 2021 by artists Ruth Clinton and Niamh Moriarty all filmed outdoors between Leitrim and Sligo in winter 2020/21.

Brigid, the Irish pre-Christian goddess of poetry, is the inspiration for a psychic vision exploring feelings of intangible longing arising from experiences of emigration. Film clips set in the North-West of Ireland will appear as interjections through the music, with the themes of the songs mirroring each corresponding scene in the saga. The songs will follow the story of two sisters, who journey across the ocean and through a mountain, representing a search for a better future as well as a descent into the subconscious. When her son Ruadán fell in battle, Brigid is said to have cried out - the first time keening was heard in Ireland. Landless’ singing can be thought of as a kind of keening, as might have been heard at an ‘American wake’, held on the eve of the emigrant journey.

Landless are Lily Power, Meabh Meir, Ruth Clinton and Sinead Lynch. Based in Dublin, Belfast and Sligo, they sing unaccompanied traditional songs in close four-part harmony. For this performance they are joined by Consuelo Breschi (Varo/Nomadic Piano Project). Ruth Clinton & Niamh Moriarty are collaborative artists based in the North-West of Ireland who use performance, video, sound installation and storytelling, informed by site-responsive research in order to open up spaces of renewed reflection.

The event forms part of Out of Step, a film and music weekender curated by Art for Blind for their residency at The Model, Sligo. 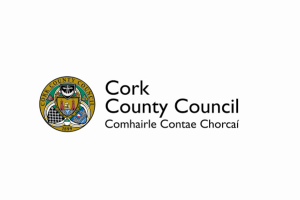