Explore the much-loved music of Bach and Enaudi. Bach, the father of all music, influenced Ludovico Einaudi greatly at the beginning of his musical journey and has stayed with him throughout his amazing career.

Bach to Einaudi will explore some of the most treasured music by Bach and Einaudi over the course of three one-hour musical segments. Curated by Dr. Fionnuala Moynihan (piano), this musical voyage promises to be an unforgettable event in Cork’s musical calendar in 2022.

Bach: Sinfonia and Allemande from Partita no.2 in C minor BWV 826

Composed in 1727, Bach’s Partita no.2 is a suite of six beautifully composed movements for keyboard. Bach’s virtuosity, ingenious use of harmony, counterpoint, structure and creativity all come to the fore in this masterful work. The Sinfonia is the opening movement and is itself composed of three sections: a dramatic opening chorale, a serene and intimate melodic section followed by an energetic fugue in 3/4. The Allemande which follows is a work of intense emotion, sensitivity, faultless harmony and melodic perfection.

Bach: Partita in A minor BWV 1013 for solo flute

Bach: Sarabande and Rondeaux from Partita no.2 in C minor

The Sarabande is one of Bach’s most romantic, yet subtle, movements. The simplicity of its melodic line and the beauty of its harmonic structure combine to make this piece simply unforgettable. It manages to touch the souls of both performers and listeners every time it is heard. A lively Rondeaux follows filled to the brim with energetic staccato quavers, cascading melodic lines and an unrelenting determination to reach the final chord without a moment’s peace.

Due Tramonti
Una Mattina
Primavera
We end this series with three expertly composed pieces by the Italian master Ludovico Einaudi. We have arranged these piano works for flute and piano and look forward to filling the stunning auditorium of Triskel with the melodic notes of these sublime works of art. 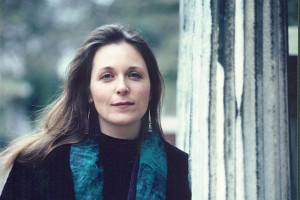 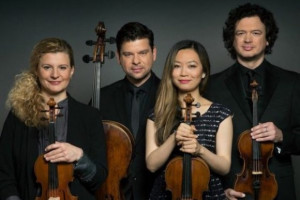