A proponent of long exposure photography, Hugh McCabe was invited by The Journal of Music to test out his theories of capturing live music at the recent Gloaming concert in Vicar Street.

Live music photography has always been in thrall to the French photographer Henri Cartier-Bresson. Its practitioners get in close at concerts, lenses and flashes at the ready, hoping for that one ‘decisive moment’ that will capture what it was like to be there. For me the results have never really managed to achieve that. The live music experience seems, in fact, not to be about such discrete moments at all, but about what happens when the music takes you out of time, into an ecstatic state where there are no moments. I started taking these photographs to see if that experience could be captured or alluded to differently.

My approach involves setting up a large format film camera on a tripod somewhere in the venue, opening the shutter at the start of a song (or a set, in this case), and then closing it at the end. The musicians therefore control the length of the exposure, which can be anything from two minutes up to half an hour or more; and their movements, as well as sometimes those of the audience, dictate the effects that appear on the resulting image.

The photograph above is of the Gloaming, featuring Thomas Bartlett, Iarla Ó Lionaird, Martin Hayes, Caoimhín Ó Raghallaigh and Dennis Cahill, at their recent concert in Vicar Street in Dublin. It’s an exposure of eleven minutes and fifty seconds in length capturing the entire fourth sequence they played on the night. This started with Ó Lionaird singing ‘Song 44’ and then moved into a dizzying medley of tunes that scaled higher and higher peaks of virtuosity and intensity as it went on.

In Richard Meltzer’s The Aesthetics Of Rock (1970), a bewildering attempt to look philosophically at rock music, the phrase ‘unknown tongue’ is used to refer to those times when music transcends the mere playing of notes, and temporarily lifts the listener out of his or her present reality. For Meltzer, this involves the perception of moments of change within a continuous and repetitive flow of sound. I thought of this every time that Martin Hayes led the group through a transition from one tune to another, sudden shifts that left the audience gasping and cheering, moments of difference that punctuated the repetition. Apparently Meltzer is now disillusioned with rock and only listens to jazz, but I like to think that if he was in Vicar Street that night he would have been leaping to his feet and loudly proclaiming the presence of the tongue.

A larger version of the image can be seen here. An exhibition of some of Hugh McCabe’s Traces of the Real prints, including this one, is taking place at Plugd Records in Cork’s Triskel Arts Centre from 8 June to 5 July. 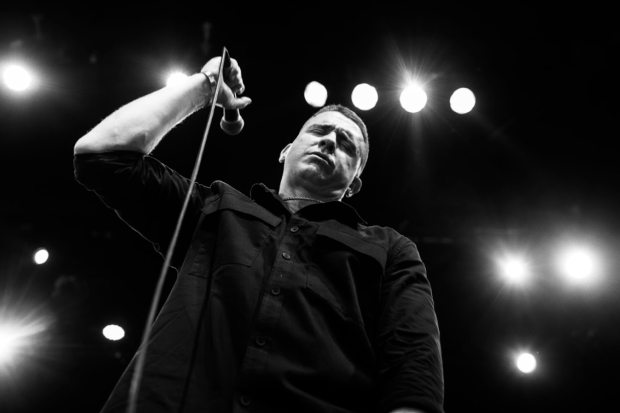 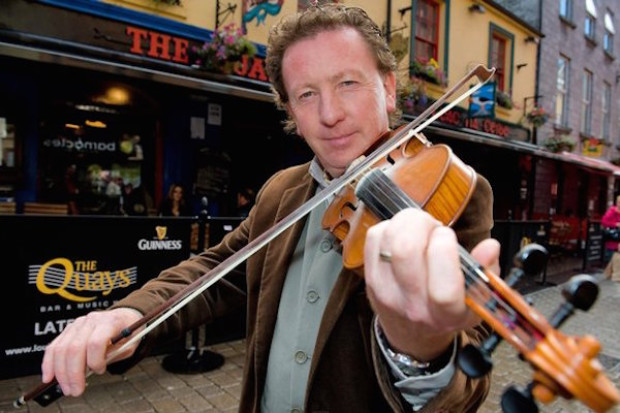 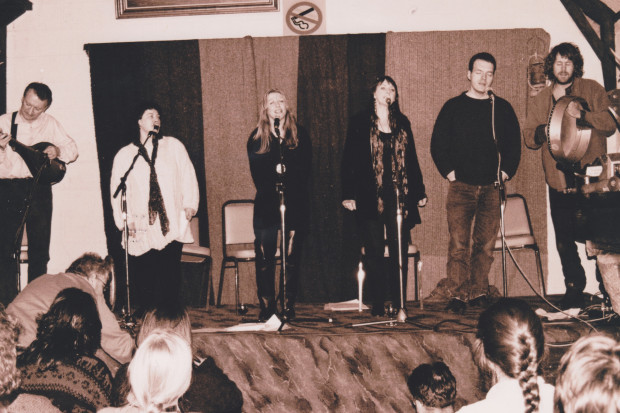