Alan Reid is a banjo player from County Leitrim. He featured on the compilation ‘Leitrim Equation 3’, recording duets with Dónal Lunny and John Carty, and can also be heard with the band Arum whose debut was released in 2016. In 2017, he joined the band Goitse and embarked on tours of the US and Europe. Alan has also recently released an album with Rachel Conlan titled ‘A Quare Yield’. He is a graduate of the Irish World Academy BA and MA traditional music programmes and is based in the Burren in County Clare. 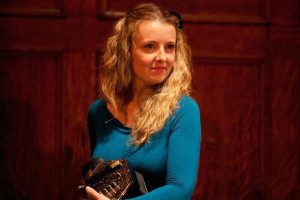 From the North Country
The North Clare musical identity is brought to life with nuanced tunes from Florence Fahy – Alan Reid listens to the concertina player's debut album for his second review as part of our Journal of Music/Clare County Council Music Writer Mentoring Scheme. 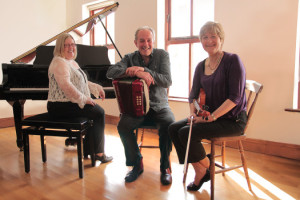 Triple Tradition at the Fleadh Cheoil
At the Fleadh Cheoil in Ennis in August, Alan Reid – one of the participants in our Journal of Music/Clare County Music Council Music Writer Mentoring Scheme – attended three concerts of traditional music in one, featuring The Boruma Trio with special guests Eamonn Cotter, Karen Ryan and Pete Quinn.